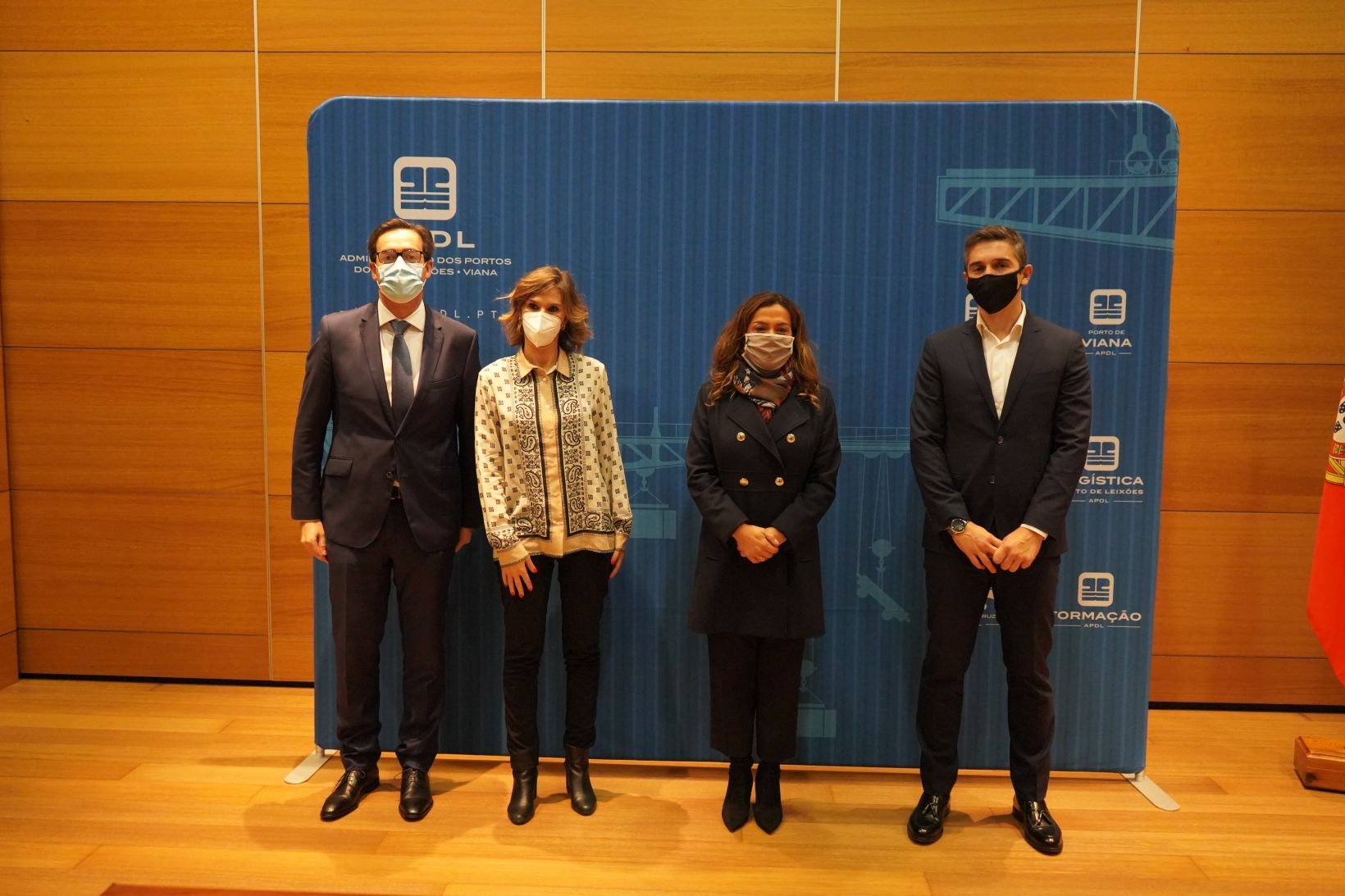 This Wednesday, December 9th, marks a historic agreement to decarbonise the ports of Leixões and Viana do Castelo

This Wednesday, December 9th, marks a historic agreement to decarbonise the ports of Leixões and Viana do Castelo
Reducing the number of the most polluting trucks circulating in the port infrastructures, as of 2021, will represent a 50% decrease in pollution
The Port Authority of Douro, Leixões and Viana do Castelo (APDL) and the National Association of Public Road Carriers of Goods (ANTRAM) signed this Wednesday, December 9, a protocol aimed at decarbonising the ports of Leixões and Viana do Castelo. The agreement foresees the prohibition, as of January 1, 2021, of the entry and circulation of the most polluting heavy vehicles within the infrastructures, namely EURO I, II, III and IV vehicles.
For the adaptation to be gradual, a transition period is foreseen for vehicles that are already registered at the respective ports on 31 December of this year.  For EURO I and II lorries, classified as the most polluting, this period will be 24 months, and EURO III and IV vehicles will have 36 months to adapt.
In addition to this measure, the agreement foresees a reduction in operation times, namely the lifting and delivery of maritime containers or other goods, contributing to a decrease in gas emissions into the atmosphere and a reduction in noise emissions caused by the circulation and activity of trucks within the port area.
The signed commitment is part of a series of measures that APDL has been implementing with a view to improving air quality in the port area and, consequently, in the surrounding areas, minimising the impacts of its activity on cities and implementing best practices in resource management, in order to reduce the environmental footprint of its ports.
"This protocol has even more significance since this week marks five years since the approval of the Paris Agreement. One of APDL's major objectives in the coming years is to serve as an example to the other Portuguese ports in the implementation of measures that make our port infrastructures more sustainable. We are developing a true roadmap for decarbonisation, with a set of measures aimed at reducing the ecological footprint of our activity by 2030. Once again, we are at the forefront of the port sector in terms of environmental and social respect" explains Nuno Araújo, chairman of APDL.
Pedro Polónio, president of ANTRAM, highlights that "one of ANTRAM's main objectives is to reduce atmospheric emissions of its members' vehicles and also to improve the fleets they use. Therefore, we are very pleased with the signing of this protocol that will bring important benefits to ports, cities and populations."
"The signing of a protocol that intends to substantially reduce the Greenhouse Gas emissions that contribute to Climate Change and the environmental impact of an infrastructure as prominent and relevant as the Port of Leixões, brings with it, not only the improvement of the living conditions of our citizens, but also an important sign that this economic engine of Matosinhos is in line with the objectives of the municipality to meet the goals of decarbonisation of the economy," concludes Luísa Salgueiro, Mayor of Matosinhos.
Every day more than 1500 goods transport vehicles enter the Port of Leixões, which release a total of 1,189 tonnes of CO2 into the atmosphere, about 27 % of the heavy vehicles being classified as EURO I, II, III and IV.